South Korea’s Multilayered “Basic Order”: Uses and Meanings in Constitutional Rulings from 1989 to 2019 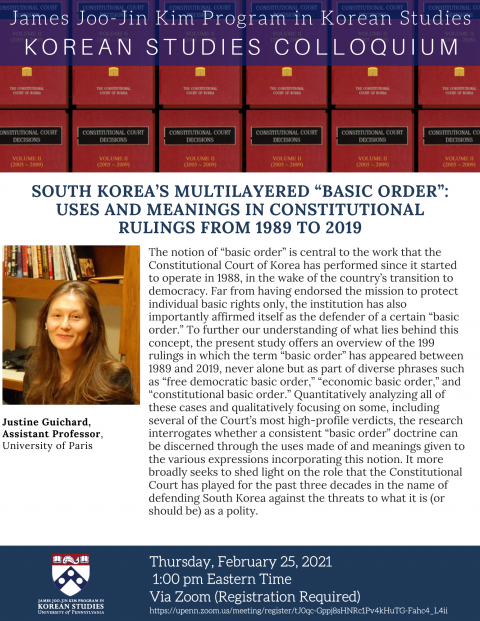 The notion of “basic order” is central to the work that the Constitutional Court of Korea has performed since it started to operate in 1988, in the wake of the country’s transition to democracy. Far from having endorsed the mission to protect individual basic rights only, the institution has also importantly affirmed itself as the defender of a certain “basic order.” To further our understanding of what lies behind this concept, the present study offers an overview of the 199 rulings in which the term “basic order” has appeared between 1989 and 2019, never alone but as part of diverse phrases such as “free democratic basic order,” “economic basic order,” and “constitutional basic order.” Quantitatively analyzing all of these cases and qualitatively focusing on some, including several of the Court’s most high-profile verdicts, the research interrogates whether a consistent “basic order” doctrine can be discerned through the uses made of and meanings given to the various expressions incorporating this notion. It more broadly seeks to shed light on the role that the Constitutional Court has played for the past three decades in the name of defending South Korea against the threats to what it is (or should be) as a polity.